As we all bid Adieu to 2012 in about 2 days – we all start reflecting on what happened in the year.

I graduated from polytechnic…
Mark and I celebrated our first full-year together as a couple…
I got & left my first full-time job, I met absolutely amazing people there, I also saw the truly diabolical side of humanity…
I went for my first acting audition in eons, I did my first acting on film with the most darling crew…
…and several other things which I don’t wish to say on my blog. 🙂

So anyhow, I figured it’ll be utterly dull of me to simply reflect on my 2012. Well, not like I haven’t done it… My planning for 2013 is well-underway!

However so many personal issues happened in 2012… I just want to thank those who stood by me through it all. :)) You’re all little angels (without the halos & with the occasional pitchforks) that God placed in my life. Without some of you, I wouldn’t even be here writing this entry at all. So, thank you.

I’m just going to write about the Top 3 Embarrassing Moments I had in 2012… I figured it’ll be a “crack-able” way to remember the year!

Some of you know these moments; and you can go ahead and laugh at it again. We all know you will. -.-

I somehow have a knack of doing… Just silly things, sometimes.

So we’ll start with the least embarrassing one first.

I was in Mark’s car one evening and we were chatting about godknowswhat… (If I remember, I’ll never bring up that topic again.)

Mark: Yea, that car model is a hatchback.

The thing is – I don’t know under what circumstances would I be talking about this! I don’t give two hoots about car models. As long as it can be driven, with comfortable seats, air-conditioning and a radio – I’m pretty good.

Me: I never really understood hatchbacks and whatever… What is a hatchback?

So to those luckier-than-thou-dumbos (because you don’t have to go through the shame I did to learn this)… This is a hatchback.

Basically it’s a car with a flat ass. While many cars have boots that are like protruding butts, hatchbacks look like stick-thin girls in skinny jeans.

No offense – but I always thought that skinny jeans should go to people who actually are not skinny.

My logic is this:

So after Mark explained what a hatchback was to me and pointed one out on the road… I turned my head and saw this.

Well, I didn’t see that exact picture. But I saw – the back of a bus.

Me: Sooooo…. A bus is a hatchback?

I knew it was a mistake once the words left my mouth… It’s one of those classic-bimbo moments that I have every now & then.

So I learned that hatchbacks are cars… Well, now I know.

Mark has this “Quote of the Week” thing, because I say random nonsense all the time. So he remembers one every week.

But this one… Has become like his favourite so far. -.-

As much as it sounds glamorous and all…. IT WASN’T!!

Everyone remember this classic pose?

Well, I didn’t have that coy “oh-gooooodness!!” face. Not at all.

And no glamorous surroundings at that too.

To be exact, I was around Little India.
I’m not being racist – but hardly anyone would tell you that it is a glamorous place.

And I was wearing a dress…
Suddenly a huge gust of wind blew!! And I swear it almost felt like the entire bottom of my dress was uplifted. 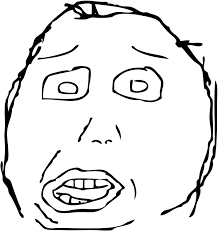 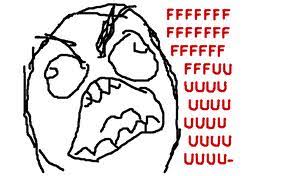 I was whatsapp-ing a friend then, so I ranted.

Me: Omggggg. My skirt flew and I don’t even know if my panties could’ve been seen!

Friend: -no reply yet-

Me: I’m HYPERVENTILATING!!! I totally did a Marilyn Monroe there!! The wind literally came out of nowhere!

Friend: -no reply yet-

Friend: Do you think everyone is like you? Go around during LUNCH hour… Marilyn-Monroe-ing, instead of just LUNCHING?? I was LUNCHING!!

Me: I WAS HUMILIATED BY THE WINDS OF FATE!!!

Friend: Oooooh. What panties do you have on today?

Me: Those that are none of your business!!

Friend: I know… I know… All Mark’s business. Who saw that free show??

I actually clean forgot about this one – till I saw a grinning old Indian dude one day on the street…. And it reminded me.

Okay, anyhow… Here’s the most embarrassing one that I had in 2012.

I didn’t tell a lot of people. In fact, I think I only told my BFF, Lily. She laughed like a mad cow and went, “This is sooooo typical-Geraldine. Good intentions gone all wrong.”

I didn’t even tell Mark… Simply because it happened some time around the “Hatchback” incident. He might’ve died of laughter and amusement.

Sometimes I really don’t know to be happy or sad whenever he says, “You never have to worry about me getting bored of you! Just look at all the nonsense you do & say!!”

1. Giving up my seat on the train to a pregnant man

If you’re an Alien or Human-Biological-Research-Scientist; No, humans have not come to reproduce asexually.

And I doubt we ever will. Everyone seems to be enjoying the sex too much.

So anywayyyy…. What happened was this:

I was seated on a train one day – it was a long ride, so I fell asleep. When I woke up, I saw this person standing in front of me.

This person had a huge belly and even some boobs. Fairly short hair that covered the ears.

Now, I believe almost all Singaporeans go through the dilemma – “Is this person is pregnant?? Or just….fat?”

Sometimes it can be very deceiving! And you’re stuck in a lose-lose situation.

If you don’t give up your seat – poor pregnant lady!

If you give up your seat – insulted fat person!

However… This person had a rather big belly.

So I got up…. Flashed a kind smile and offered my seat.

I quickly returned to my seat with my head down in shame.

Everyone else in the cabin was snickering away and he left at the next stop. Gosh, I felt awful…

So… He (previously to me, a “she”) was actually just a really fat man with manboobs (as people call it).

When I told Lily about it….

Lily: Couldn’t you tell by his face??

Me: Y’know there are some women who look really quite manly….

I really look forward to 2013!! :)) We all survived the end-of-the-world-thingy! MUAHAHAHAHAHA!!