No, she isn’t my biological daughter.

But I do see her as my baby sister at some point! ❤ She is such an angel, I swear.

She’s one of those who know completely what’s going on right now in my life.
So many changes around me – and major ones that I don’t reveal.

So to stalkers; I’m flattered… but much to your surprise, I still keep some really intimate things under closed wraps.

This “daughter” of mine is Yu Ping! And I simply adore this girl!

She was my classmate back in Year 1 in Temasek! ❤
In Year 2, we had to split… 😦 but by some odd miracle, we had one class together because my individual timetable clashed with my usual classes. Woohoo!

And that was when my Monday Hues clique of Clive, Malathi, Ping and myself was formed! ❤ ❤

Well, this year Ping turned 21! Which is supposed to be a big thing! …but lil’ miss said she wasn’t going to plan a party or whatever. -.-

Good thing for her she had friends like me who just took matters into our own hands!

On the week of her actual birthday, Ping celebrated with another close group of friends first. I had absolutely no qualms about it – because with all the crazy going around me, it just meant more time to plan! 😀

However I was pleasantly surprised when I got messages from a girl in that group, inviting the Monday Hues clique to their surprise party!

Our Indian (Mala) wasn’t in town – so it was only Clive and me.

Needless to say, we were super enthusiastic about it!

This group had their party in the Singapore Botanic Gardens!

Clive and I were supposed to be there by 1PM.

Alas at 1.30PM; we were still trying to look for 1.5L bottle of drinks to bring as we promised!

And at about 2PM; the arrival of the birthday girl, was the time we got literally lost in Botanic Gardens.  😦

However it was all worth it! The look of pure shock & happiness on Ping’s face when she saw us! ❤ ❤

Gosh, I am putting a lot of hearts into this entry, am I…?

So basically the party itself was a surprise.

And Clive and I were another surprise!

Almost sounds like they lined up Ping to have a heart attack.

So everyone had fun! Hahaha!

Came the following weekend! *Clive & I crack our knuckles!* LOL!

The three of us met up and Clive sort of leaked a little bit of the surprise gift we had in store for Ping.

I swear… When I received that phone call from Clive…

Clive: G, I have a confession to make.

Clive: Shut up, bitch. I’d never fall in love with you even if you were the last woman on the planet.

Me: Whew. Best news I heard all day! So what’s up?

Clive: Does Ping know about our present…?

Clive: Oh. My. God. HAHAHAHAHA!! I TOLD HER PART OF IT ALREADY!!

So the entire conversation basically consisted of Clive laughing on his end, while I was giving really stupid threats of what I’d do to him once we meet.

Clive already told her that her present would be at Marina Bay Sands.
And she knew she had to bring stuff to stay overnight.

So I went, “Yea, we’re bringing you to the Gardens by the Bay! And then going to Clive’s house to stay overnight.”

We had lunch at the worst restaurant I’ve ever been to in my life.

The food was rather bad and the drinks dispenser gave out very nauseating drinks.

My Ice Lemon Tea tasted like Sprite mixed with Coke and some other weird thing. Even the Coke tasted like it was sitting there for a million years.

We made our way down to Marina Bay Sands! One of my favourite places right now.

And I sent Clive to go redeem the tickets for the Gardens by the Bay!

And throughout the entire time, Clive and I were whatsapping our progress. 😀

Throughout the entire time, I was trying to cover up any ideas of the actual birthday gift.

“Oh gosh, Ping… I should’ve planned better! We should’ve gone to Clive’s house first to drop our stuff! Now we have to walk the Gardens with all our big bags!”

“I think we better buy some dinner back to Clive’s house tonight?”

“Babe, sorry Clive and I couldn’t spend a lot on your gift! 😦 Clive doesn’t earn much and I just started work… Even the tickets to the Gardens were from Groupon! I thought of buying it when I was editing it at work!”

“I feel damn bad… Your present is really very cheap….”

I’m sure I said a whole lot of other crap… LOL.

Then finally… I was getting upset walking about Sephora, seeing tonnes of things I want to buy – but needed some control…

Clive: Hey, babe!! You can come down to the MBS lobby now!

Me: *sighs of relief*

So we walked to the lobby…

Ping and I saw one of the scariest things one could see along the streets at daylight!

There was this dude that wore his stuff halfway! It was downright disgusting.

He slipped on his sneakers; while wearing a pair of rather high socks. And walked around in them without hooking up the back, so they look like bathroom slippers – with laces! -.-

AND his pants was soooooooo friggin’ low, he doesn’t need to remove them to do his pee-biz man.

The most disgusting part?

The pants was so low; we could see his entire butt.

And not like he had the courtesy to wear boxers or something… It was tight-fitting briefs I saw! Red, to be exact.

And Ping and I were repulsed at how we could see his butt cheeks bounce.

Oh well, happy birthday, Ping. That was another present!

Clive and I hired that dude because we figured you needed some sex-posure! 😀 KIDDING!! Totally didn’t!

So once we got to the lobby – we present Ping her birthday present!

I’m pretty sure some of you could already guess the present….

Clive and I got Ping a room at the MBS!! We bought her a staycation for her birthday!!

I suggested this to Clive because Ping mentioned to me:

1. She wanted a staycation.
2. She has never stayed in the MBS before.

And the Gardens by the Bay thing?

The plan was to drop our bags in the room and head out to have fun in the Gardens!

But alas, the Monday Hues wasn’t in full-force when Mala was back in town… but something came up. 😦 So… for the love of her (plus a lot of laziness too), we decided to postpone our trip to the Gardens and enjoyed our room to the fullest!

Ping: Wow! This is really a very ‘cheap’ present, eh!

Me: Yup… Really ‘chipped’ my heart…

To be honest, this is probably the most I’ve spent on a birthday gift to anyone.

I guess you can see just how much Ping means to me. 🙂

So our plans changed to just…. nua-ing in the room.

Pretty soon, we got hungry!

So Clive and Ping went out to run errands…

While I stayed inside to order pizza and complete my work for the day! 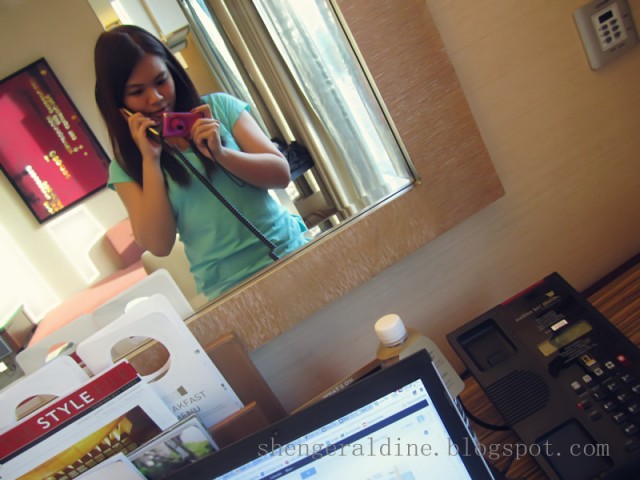 I brought the DVD! Simply because I love watching this show – Hello Ghost!

Clive even specially bought the HDMI cable to watch it on the TV! Such an awesome friend. 🙂

After flopping ourselves around the comfy bed, sipping on Gong Cha while chewing on pizza… MBS hotel guests could not miss the trip to the SkyPark! 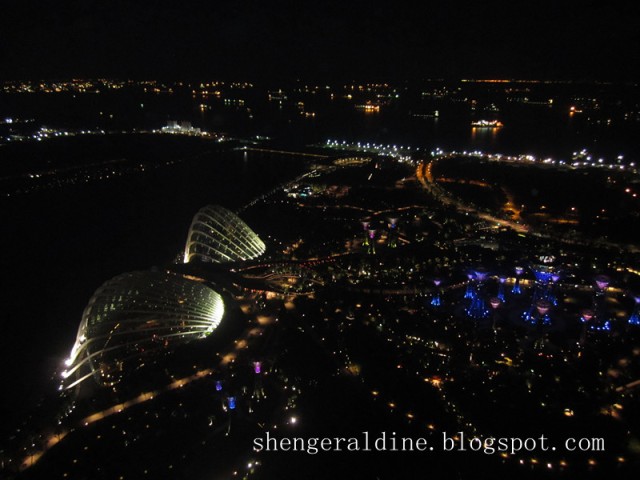 My country is a beauty, isn’t she? *grins*

Well… someone did request to verify our passes to the SkyPark….

We continued a tad of camera-fun! 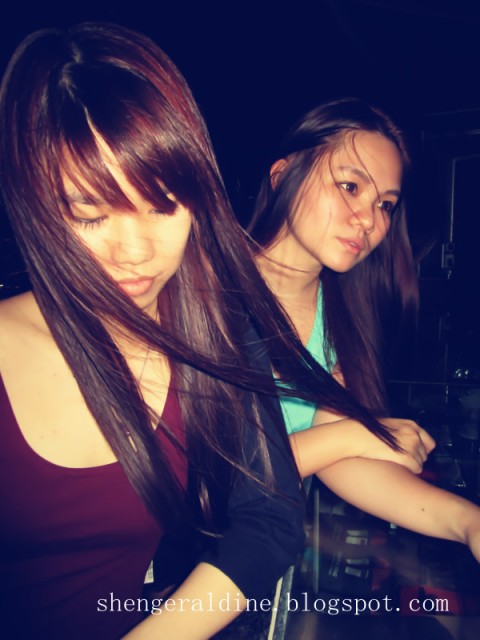 Now… the thing is, I didn’t manage to get myself a contact lens casing!

It was awful… so I improvised.

Some people might find it irksome… but it worked for me!

I used a couple of (very thoroughly) washed bottle caps! And poured in solution! 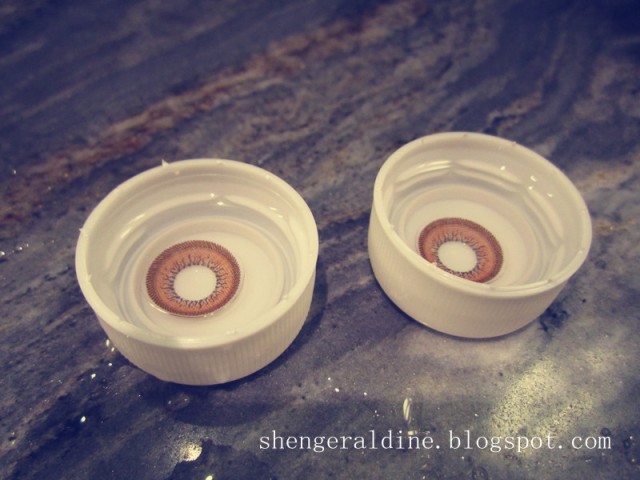 Not to most hygienic, I know… but it wasn’t a choice!

And for those who are wondering – those are Geo Lens (Olive Range), 14mm diameter.

I don’t really go for those super large ones. Just something that won’t let me look like I didn’t sleep in a million years. 😀

When we got back to the room… Removed makeup, drank some champagne and watched How I Met Your Mother!

I never get sick of that show. 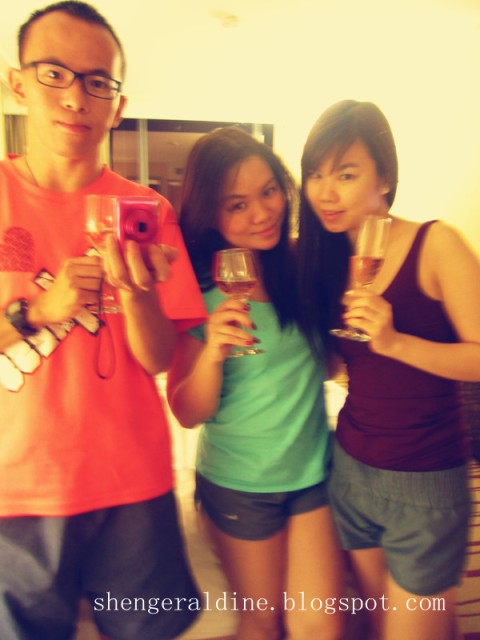 And Clive said it was his first time seeing me without makeup.

And (I have to record this down…) Clive said I didn’t look bad at all!

Like, wow! Clive; he who insults me all the time!

Okay, enough. We didn’t go party or whatever – we really just stayed in the room and watched How I Met Your Mother.

I might sound like such a boring person… but it is honestly the kind of thing I love to do. Haha! And Ping too!

So if the birthday girl is happy…. 😛

Could tell that she was super touched by us! :’)

Prepping my face in the morning!

To be fair – I did bring only my essentials…

We rushed quite a bit to give the SkyPark and Infinity Pool a quick visit before officially checking out of the hotel! 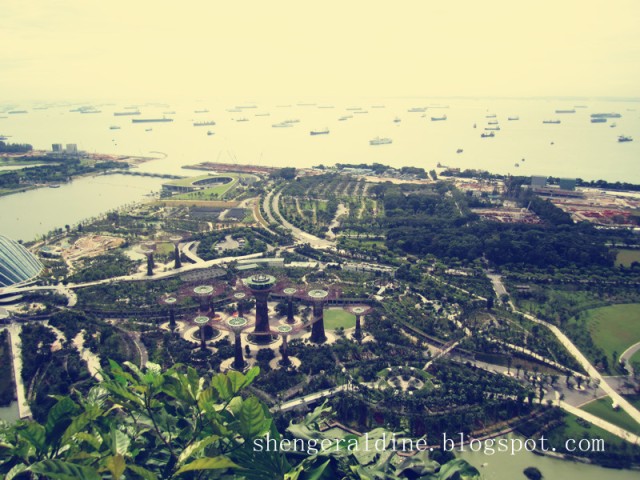 Now you can totally find a girlfriend with this shot, Clive! 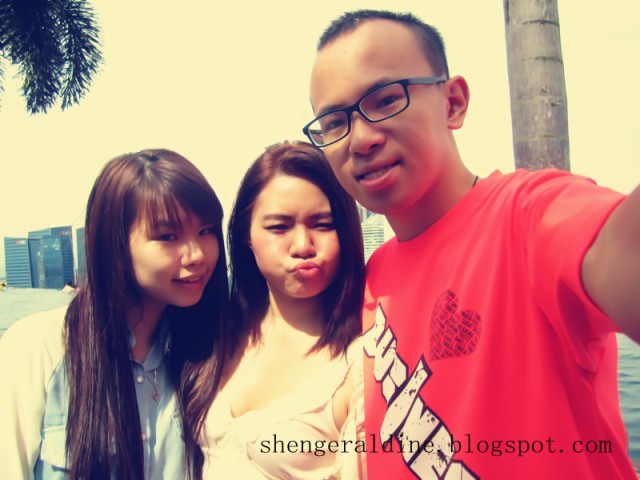 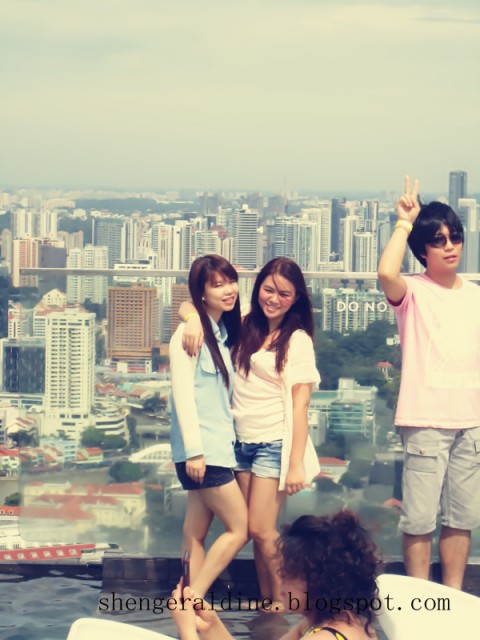 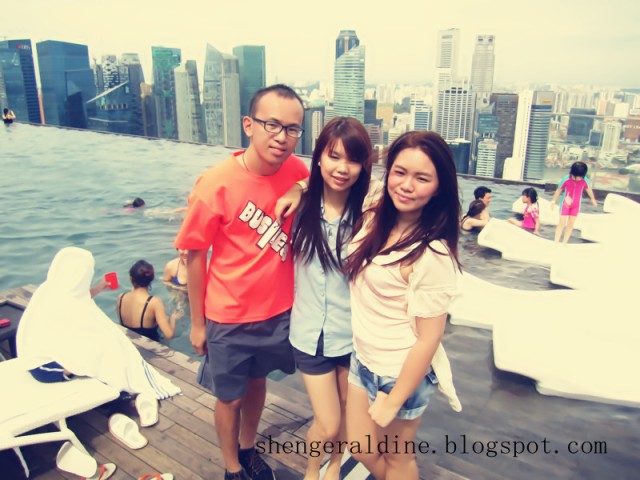 We left with a heavy heart…. 😦

And Ping treated us to a hearty brunch!! 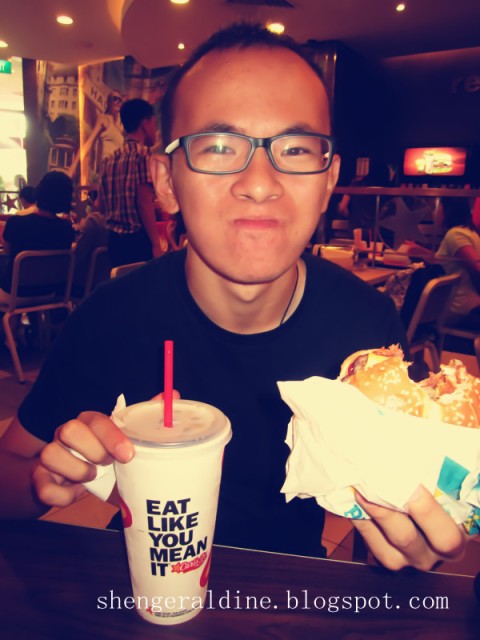 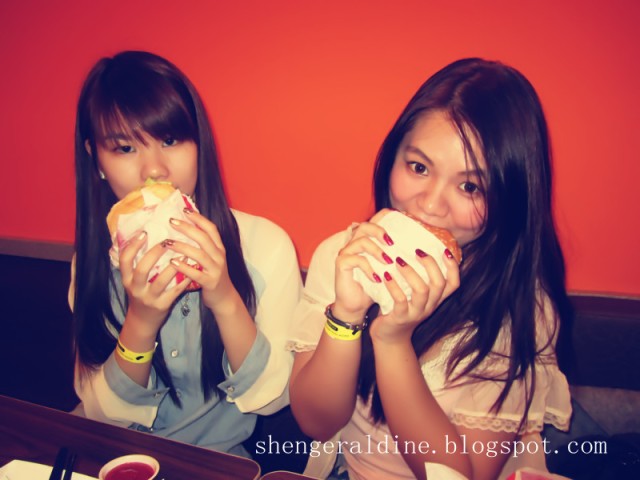 This puts an end to this entry!!

Thanks for being such a wonderful girl. Thank you for being part of my life. 🙂 Thank you for being you.
You’re awesome, I love you so much! And hoped sincerely with all my heart (and bank account :P) that you enjoyed your present to the maximum! Here’s to you finally entering adulthood! And here’s to a lifetime of friendship! 🙂