Singapore – in all its bustling tininess, has developed quite a significant amount of content around our favourite areas like food (omg, soo much food), travel articles and local news with a quirky (and sometimes controversially-hilarious) take.

For the longest time, Singapore often read up on stuff from websites with foreign-based content… So it’s amazing how we managed to create a whole bunch of exclusively-Singaporean content that tap into our kiasu-laksa-loving hearts. 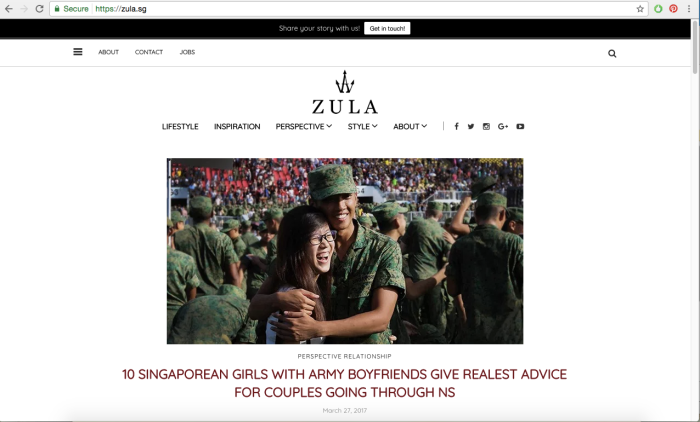 It’s awesome because it really feels like a super exclusive space that not everyone will be able to relate to!

Well, for starters – Zula’s content is very much meant for Singaporeans. Which pretty much cuts out the rest of the world and leaves us with our teeny-tiny island. And the content is meant for female. Not just any female… Gen-Y females.

Which is really pretty awesome, in my honest opinion. Because it’s practically everything I want to read about; or at the very least, can relate to.

But what I really love about Zula is how clean their webpage is!
All that white space!!! 😍 😍 😍

You might notice that some of the pictures seem quite unprofessional – but I really think it’s just a teething phase with newer webpages. I’ve learned that actually getting quality images is no easy feat.

I’m alright with closing one eye to images for now – because they have some pretty good articles that I’d spend some time reading.

This particular one on “Why Minister Grace Fu’s “20-20” Target Is More Demoralising Than Empowering From A Girl’s Perspective” caught my attention almost immediately. I’m Singaporean, I’m female – it pretty much affects me directly what happens to Singaporean women’s empowerment!

Speaking of women empowerment – I couldn’t not read the article on “This Singapore Girl Fixes Planes Instead of Flying In Them“. While so many girls I know flock to being flight stewardesses, this lady took the road less travelled (by others her gender) and became an aircraft technician! Although I already read this article somewhere else, I love reading it again from another writer’s POV… ☺️ Gives me this warm, fuzzy & proud feeling inside. Like, “YEA! GO, SINGAPORE GIRL!! WOOT!!!”

And of course lets not forget the beauty-related stuff!! 💄

I’m currently carefully studying “5 Amazeballs Mascaras Under $10 For Singaporean Girls Who Spend Too Much On Makeup” because lately I’ve spent a bit on mascaras – but none seem to work for me! 😭 😭 Darn these oily eyelids… I always end up looking like a racoon by lunchtime. Plus a couple of those weren’t exactly economically-priced! It’s great to find cheap alternatives!

But honestly, the MOST IMPORTANT one right now is… 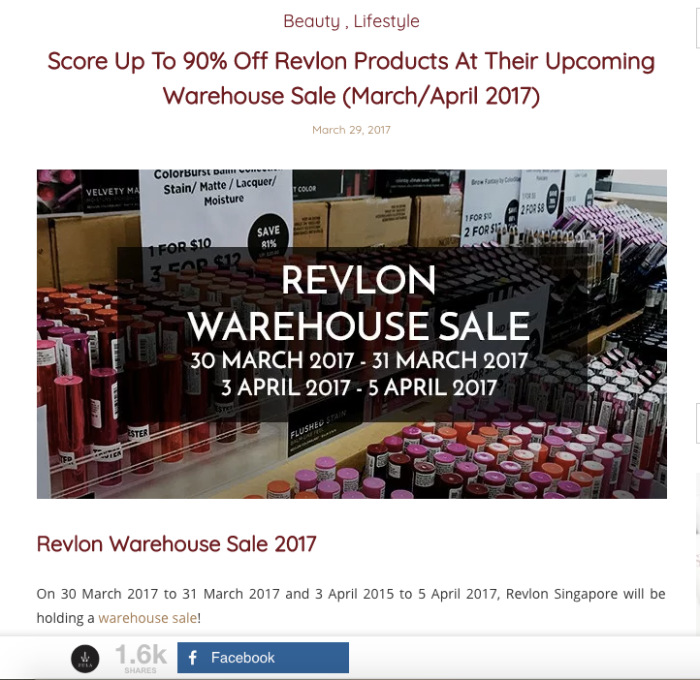 Revlon has some pretty awesome stuff like their Balm Stains! So definitely worth checking out.

I’m Geraldine, but you can call me ‘Gera’. 😊 Welcome to my blog!