I’m not going to lie to you – you will have monsters in your life.

And there’s no absolute shield against them.
You’re going to need to deal with your own monsters.

Some monsters choose to insult you;
only because they can’t stand others complimenting you.

Some monsters choose to hate you;
only because they know they’re not easy to love.

Some monsters choose to speak louder than you;
only because you speak more sense.

Some monsters choose to threaten you;
only because you’ve been a threat to them.

Some monsters choose to discredit you;
only because they fear to be in your shadow.

Some monsters choose to ignore you;
only because they want you to feel as insignificant as you make them feel.

Some monsters choose to outcast you;
only because they’re very much alone deep inside.

And some monsters choose to blame you for anything & everything;
only because they’re finding a convenient distraction.

And you can choose to feel insulted, hated, silenced, threatened, discredited, ignored, outcasted and blamed…

However you can also choose to realise that these monsters are just really…
PITIFUL WANKERS!! 😂 😂

It (finally) dawned upon me that truly successful & happy people in life don’t waste their resources putting people down – they’re constantly looking toward a better future.

…Your monsters (AKA pitiful wankers), on the other hand, are too short-sighted/cowardly/incompetent to see their future. So they constantly look behind and see if there’s anyone they can use as a footstool to prop themselves up – even if it’s for just a while. 😕

Once you get past your initial anger (and sometimes amusement, even), you should take a step back and take a good look at your monsters. 👀

So you shouldn’t make the same choice, yes? 😊

Lately I’ve chosen to love more; love everything, really. Even my monsters! ☝🏻

Because I believe that everyone has some good in them; as minuscule as it might be for some. And I believe that good people turned into monsters because of the scars their monsters left them with.

It’s not going to be easy…

You might not believe me – but YOU are likely someone’s monster too. 😉

The beggar on the street you blatantly turned away.
The cashier you got impatient with.
The new driver you angrily honked at.

Your child you put second to work.
Your parent you haven’t called in months.
Your friend you didn’t bother catching up with.

Just try to be a cuter monster? 😋
And maybe this world might become a little better. 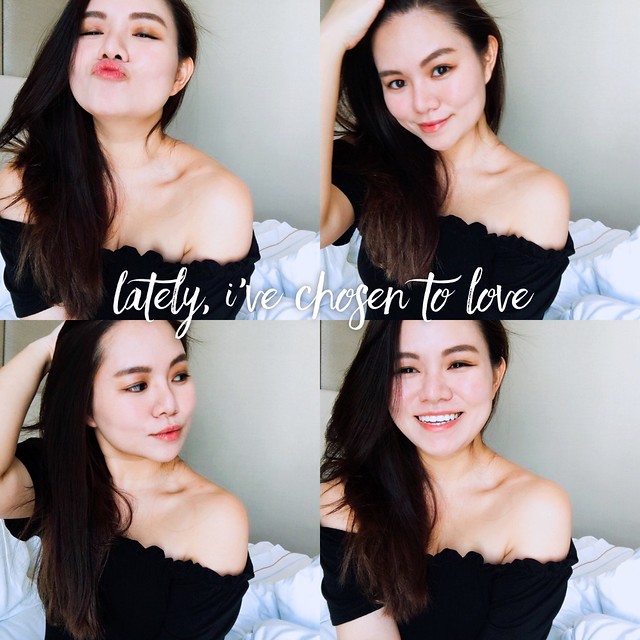 Hello, I'm Geraldine - but you can call me Gera for short. :)

May you have a rad Year of the Rat! 🐭🧧🍊🍊
You gotta tahan a little heat, if you wanna stand in the sunshine 🌞 (tahan = tolerate) #positivevibes
#adulting - you smile like that when the man buys #Dyson for the home 🏡❤️ Swipe to see Purrito doing QC on the new toys! #home #purritosashagoh #tripodcat #dysonvacuum #dysonfluffy #dysonv11 #dysonpurecool #dysonfan
The goodest boy is also the bestest way to lose weight and gain muscle. 🐶 Tire out the #goldenretriever and you’re good~ #JoeyDtheGoldie
4-6 Dec 2019 ✈️ 🇲🇾 Happy couple of days away~ 🥰
Blessed ❤️ Because every time I encounter sadness, unkindness or betrayal - I’m showered with happiness, love and warm moments by the ones God put in my life. And I pray that you have such awesome people in your life too! 🤗
Sometimes “bliss” goes for $1.50 from a kindly old couple on a pushcart. 🥰 Disclaimer: this “bliss” shouldn’t be consumed on such a regular basis, to avoid inducing less blissful situations and thereby backfiring your initial intentions of purchasing said “bliss”. 😌#sandwichicecream #igsg
Everyone needs a Council Meeting like this to recharge 🔋 Thankful for my convent ladies 🥰 #ijfriendsarefriendsforlife
Happy birthday, my love 🎈🎁🧸 To many more years of laughing at the same lame stuff together and sharing life’s sorrows with each other 🥰