Crazy Lady at the Nail Salon

Today’s a Public Holiday in Singapore…

On that note, a very happy Hari Raya Haji to all my Muslim friends! 💚

So like almost every other hardworking office-enclosed adult on this tropical urban jungle island – I took the day to nua (translates to: relax till you melt to a pulp-like being).

And so decided to pop by my neighbourhood nail salon to get my nails done.

And mind you – I planned for my brain today to be in nua-mode. Means, “pulp-like” mode. Means, I don’t know 1=1 or the Sun rises in the East or that Donald Trump isn’t a white man, but rather, an orange man.

So I wasn’t prepared for what was about to come… 😩

Everything was pretty much going dandy; with the most complex thought in my head being the choice of colour of my nail polish.

Then this other customer came in and started to creep the crap out of me.

Omg, I think she actually did creep the crap out of me… I had to do the big business as soon as I came home! 😱

Anyway, she looked pretty okay and sat down being super-duper concerned about her health and how her medication is making her feel.

Okay, that kind of raised a flag for me.

Then somehow we moved onto the topic of ‘marriage’ and then she got all disappointed in me when she found out I was in a loving relationship and we are soon to be married.

And apparently it’s because, she doesn’t agree with the concept of marriage.

Now here’s the funny part – she herself is married with 2 fully grown children.

So the beautician asked about her own children getting married, and she got pissed.

She went on like this (in Mandarin), “No! My children can never get married!! I will NEVER approve!”

The beautician and I exchanged questioning glances, and I swear I tilted my head and raised my right eyebrow a little – because apparently I’ve kissed goodbye to tact.

Me: Why not? It’s not compulsory to find someone and get married, but what’s wrong with it?

Woman: Everyone just suffers at the end! People get married, then get divorced! Then get married and divorced again! Can be more than 3, 4 times, you know!

Me: Oh, is that so? (In a sarcastic way, may I add – because once again, I kissed tact goodbye) Well, there’s good and bad in everything.

Woman: Marriage is useless. It just makes people suffer. My children don’t need to get married. They can take care of themselves without a partner.

Me: I fully agree that every single person should be independent and capable of taking themselves without being in a relationship just based on reliance – but, okay – what if your children co-habited with a partner?

Woman: Hmm… No, no. I think they don’t need to. Just stay with me forever.

Me: As long as they are happy, I guess.

Woman: They can have friends, but they don’t need to leave me.

Instinctively, I opened my Plants VS Zombies app on my iPhone – because it sort of when with it. She was like a relentless zombie chewing away on lives.

Yes, you might call me a bitch. And I’m not going to disagree with you either.
But I grew up under someone who wanted so badly to keep & control me like a mad person – it was entirely unhealthy. Her nightly prayers with me at bedtime included lines like, “May this child always tell me the truth, and if she should lie – may it eat up within her so much that she will be forced to tell me the truth because the truth shall set her free.” And this is just one example.

Only after many years, I realised it wasn’t normal.

So it pricked a nerve thinking that there are other people suffering this same silent cry that no one else really notices/helps.

Beautician: But what if next time they’re old? Won’t they be lonely?

Woman: They have each other what! They can take care of each other!

And IMMEDIATELY – I said, “Huh? Like the Lannisters?? That didn’t turn out really well…”

They both obvious don’t watch Game of Thrones… and they were both looking at me weirdly. Swear the beautician was freaking out that her shop had two nut-job customers.

But siblings whom don’t intend on having partners and taking care of each other…? 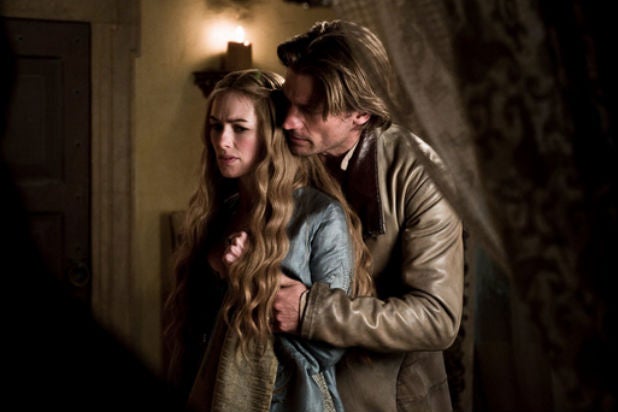 It was really quite disturbing. I need to do something else to legit nua today…