When Your Best Friend Gets Married

What are some of the happiest moments in your life?

For me, it was a couple of a months ago when my best friend got married. 👰🏻🤵🏻💍
Yes, I’m full aware this post is chronically late…

And she’s probably the chillest bride you’ll ever meet. She didn’t fuss about wedding location nor photographer, she didn’t hire any makeup artist… No wedding invitation cards, she simply sent a nice image on mobile and a Facebook invite.

And here’s the best part.

We shopped for her wedding dress the weekend before the wedding!! 🤯

Me: No, primary objective is to shop for my friend’s wedding dress.

Colleague: Congrats to her! When’s the wedding?

Me: The following weekend.

But because both of us are relatively efficient shoppers by nature, we nailed this primary objective within our first 3 hours of entering the popular Terminal 21 (time spent on having a late lunch included). 👍🏻

While other girls can typically spend 1-2 hours picking out which colour they want of the same item; Lil and I are more the kind that will settle within 15 minutes tops.

a. Buy both
b. Pick one and KIV the other

So we did a round a window shopping around the levels and zoomed right in.
No fuss, no muss.

And when she emerged from the fitting area, I swear I felt soooo happy just looking at her. After all our years of growing up painfully together, she was finally settling down with a nice guy!

I mean, I knew full well for a while that she was getting married – but it all seemed kind of surreal. Then when I saw her in that white dress, it all became so real. ❤️ 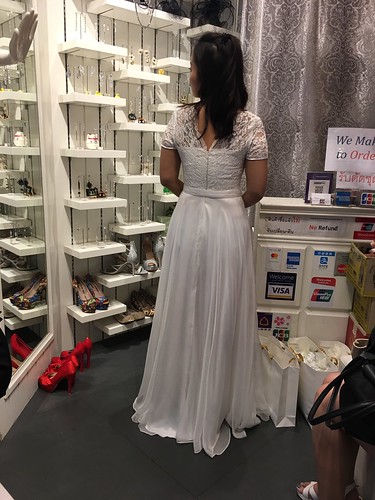 Honestly felt so full and content at that moment. 😌
(The full feeling could’ve been due to the hearty late lunch we had though…)

Y’know why my best friend is awesome? Lol.

Well, think it comes with all the years of experience – she knows full well what sort of food I’ll eat.

And one of the things I cannot take is spicy food.

Aaaaaand we were in Bangkok.
Good thing they have awesome Thai Milk Tea to save my tastebuds from burning. 😍

So Lil has always taken it upon herself to, “Ok, baby. Let me test first to see if you can take this spiciness not.”

We tend to have this weird conversation whenever ordering spicy food at restaurants. They typically go like this –

Lil: B, are you sure you want to order this? It’s spicy leh.

Lil: Sure, sure. We’ll just tell them lessss spicy.

Lil to waitress/waiter: Can we have not-so-spicy? …Or got option for not spicy AT ALL??

But she’s right. Typically I end up not even touching the spicy dish after my first attempt, then she’s left to finish it up on her own.

I forgot how early the Sun rises in Bangkok… or rather anywhere else in the world.

I got the bed next to the window and forgot to draw the curtains the night before. So I was awakened by the glorious blazing Sun… and just couldn’t get back to sleep.

The Sun was really on fire (quite literally).

I remember being all fresh and bursting with energy (thanks to carbs for breakfast) in the morning! 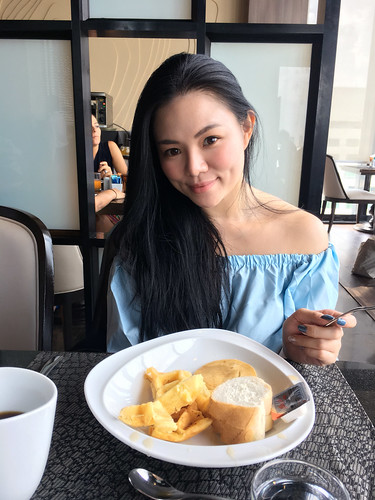 But then a mere 2 hour trip to Chatuchuk and I was an utter mess already.


But as expected, it was an amazing trip! ✈️ 🇹🇭

When travelling, it isn’t so much about the destination as it is the company. 😉
I had my best friend with me – couldn’t get any better than that! 👏🏻

So the following weekend came and it was officially wedding time for Lil!

When she said her vows, I was literally holding my breath.
Simply because we were rehearsing in the hotel, and I wasn’t 100% sure she memorised it all. 😰

But my baby came through and she said all her lines perfectly. ☺️

And her wedding was so awesome – she didn’t force everyone into tables of 10s (as every other Chinese wedding). She basically put people into smaller tables with their own social groups. So it was so much more comfortable for everyone!

So honoured that the bride and groom sat with us to eat (whenever they had the time to). And clearly Lil was so super-duper excited she choked…

I never felt so simply happy for long time. 😊 Just seeing her finding someone who loves her and she loves him – made me feel so content.

It’s amazing because since we were younger, we always thought I’d be the one to get married first. However no one can say for sure what life has for each of us!

Someone even asked me before if I felt jealous or upset that Lil was getting married before me.

And my immediate response was, “What the f**k sort of question is that?? I love her, very much. And I want her to be happy.”

And those are my honest words. I hardly understood what it felt like to be happy for anyone else – till that someone else was Lil.

Even though she and I aren’t blood-related, but she’s my sister and often feels like the only immediate family I have left in this lifetime. So I’m not exaggerating when I say she’s family and means the world to me. ❤️ 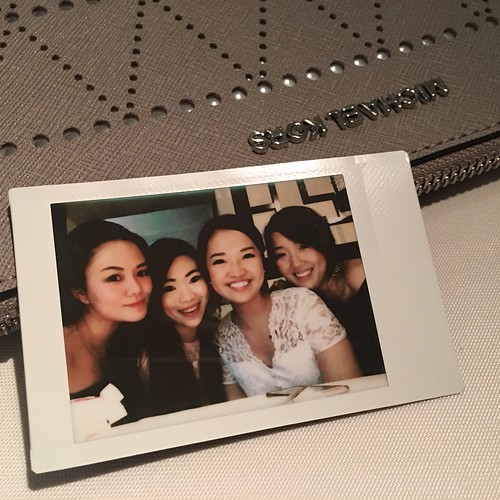 The amount of happiness you feel when you see your best friend getting married is simply unmeasurable. Though we weren’t born in the same family, but we found each other during some pretty dark times and found a fellow comrade to help us tide through this journey known as ‘life’.

No matter what happens, babe – trust that I love you. 😘

Here’s to the happy couple! ❤️💍 I’ll end this post with the happiest GIF of all time!