Skip
So yet another attraction has come to our sunny island Singapore!
Built on Singapore’s playground – Sentosa, is our newly opened S.E.A. Aquarium!
Because I’m such a brat, I usually don’t like to go to attractions during their initial opening periods… I simply don’t like the crowd…
However this time I was willing to make an exception because it was Mark’s birthday! 😀
Mark has been a rather avid diver; often neglecting me to go on diving trips overseas rather regularly… 😦 Leaving me all alone… On this island… And sometimes I won’t hear from him if the connections there are bad… *sniiiiff!!* Honey, are you feeling emotionally blackmailed now?? 😛
Haha!
However every time I wait at the airport terminal for his return, I’d see his glowing (yet extremely tanned) face. Once, I saw him on webcam… He was dark! So I was at the airport with his mom…
Me: Auntie, I think even if Mark came out… We won’t be able to recognise him.
Mark’s Mom: Why leh?
Me: I saw him on webcam… He’s so dark now! If this boy comes up to see and calls you ‘mom’, you’ll reply ‘No lah! My son is full Chinese one leh!’
And we burst into hysterical laughter.
And when Mark came out, I swear if it wasn’t for his shirt… I probably wouldn’t have noticed him.
Whenever he came back, he’d go on endlessly about the encounters he had in the ocean… All the strange creatures… Interesting happenings… And all with that happy little glimmer in his eye. 🙂
I guess that’s why I don’t mind him neglecting me for those diving trips; because I know how happy they make him! 🙂 And I want my boyfriend to be happy, of course.
Initial plan was to go on a short getaway to a nearby diving spot!
…but that couldn’t be followed through…
So I surprised him with tickets to the S.E.A. Aquarium which he really wanted to check out! …and it is the closest thing to diving I could give him. Heh!

I just told him to drive us to Vivo City!

Then I brought him to my curren-fav Japanese place! Whenever I have a bad day, I love to have my lunch here. 🙂 And Mark simply loves a good Japanese spot.

And while waiting for our food – I presented a love letter. ❤

Which I painstakingly folded into a heart shape too! I am thoroughly impressed with myself over this. Haha!

I followed steps I found on the internet! 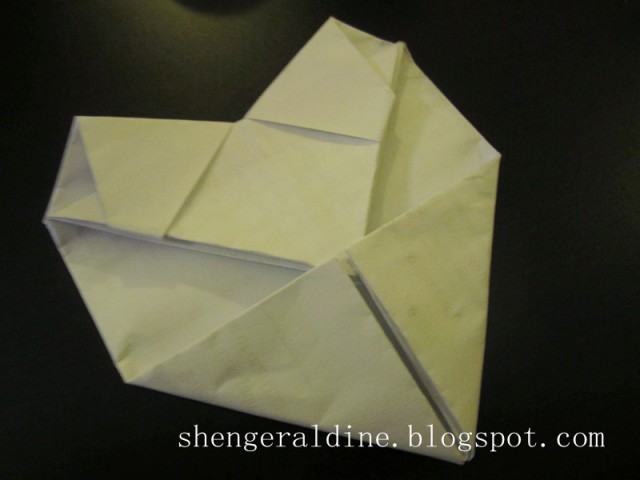 Mark’s eyes totally sparkled like diamonds when he saw me pull out the tickets.

And we have arrived at Sentosa!

The only sad thing was – even though we escaped the queue for the tickets, we didn’t manage to escape the queue to enter.
The hordes of people was predicted, but hardly desired.
First we walked through this gallery-like area, with loads of exhibits that depicted the Asian trade. 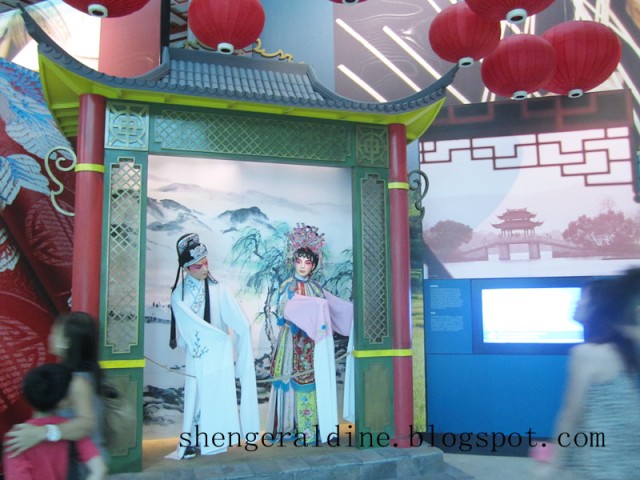 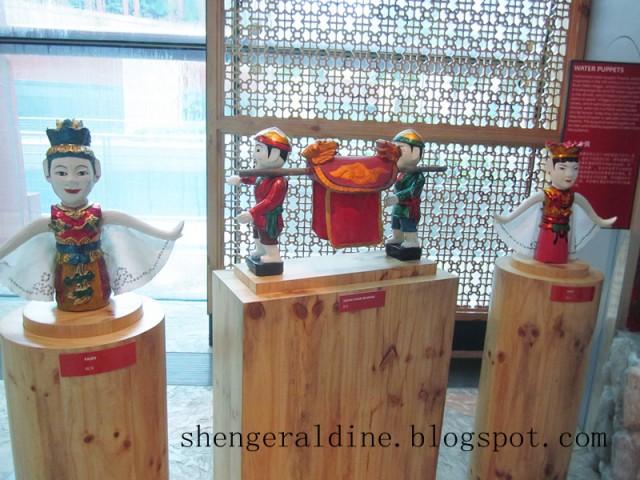 It was a pretty good thing that they had all the nice stuff around – made the waiting a lot better. 🙂

Aaaaaand after a million years (which was really about 20-30 minutes), Mark and I finally got to enter!

Looked a tad like Underwater World at the beginning… but it was rather spectacular!

Know how I know it is new?

There were no corals growing on it yet!!

Throughout the entire time inside, Mark was like my guide. Every time we got to a tank, he’d have some information or story to share!

This amazing little thing is supposedly a living fossil! Wow!

And without waving it’s fins or any apparent action, it just floats around steadily in water.

Till some stranger (literally) grabbed my arm and pushed me aside, so she could see it too.

Bah. Guess I took too long.

Caught him while he was talking about yet another creature!

Actually it is supposedly also a pledge to not eat anymore Shark’s Fins….

Oh gosh. That’s going to take a lot  of effort on my part… I love to eat Shark’s Fins.

And since we were already on Sentosa, Mark and I pulled out our Annual Passes for Universal Studios and went in to try out the new Seasame Street ride!

Well, a very tame ride… but rather amusing!

The S.E.A. Aquarium was honestly quite impressive, if you ask me.
If it wasn’t for the heaps of people inside, it would have been thoroughly enjoyable! The fishes were gorgeous! Albeit I got a tad nauseous because of the dented glasses… -.- I’m so troublesome.
Definitely worth a visit! The tickets are about $30/pax!
For the experience and all, I’ll definitely be going again.
…when there won’t be so many people! And I get to enjoy the sights at a comfortable, leisurely pace… without people shoving me around… Literally grabbing onto me; happened a few times. Some child even hugged Mark’s leg!
Seems like a lot of touchy-feely people inside… Hahaha!
It was quite a new thing to me… Most of the fishes I see are usually dead on a plate, cooked and ready for some munching. Or those in tanks in the restaurants, ready for cooking before munching….
So it was a good place to watch some fishes, knowing that they will not be my meal. Haha!
Went back to Mark’s place, where I presented him yet another gift! 😉 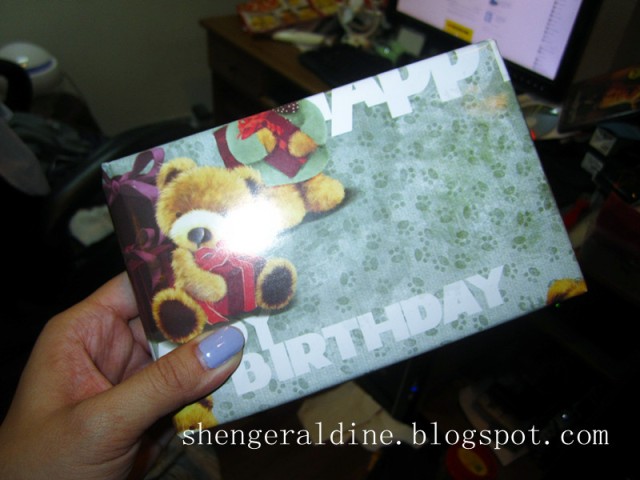 And another one is on its way in the mail too! 🙂
Hope you love your presents, sweetness! You deserve it. After all that you’ve done for me, I’d be a fool not to cherish you. 🙂 Thank you for being a part of my life and letting me be a part of yours. Happy, happy birthday!

P.S. If you want to go for more diving trips… JUST GO!!